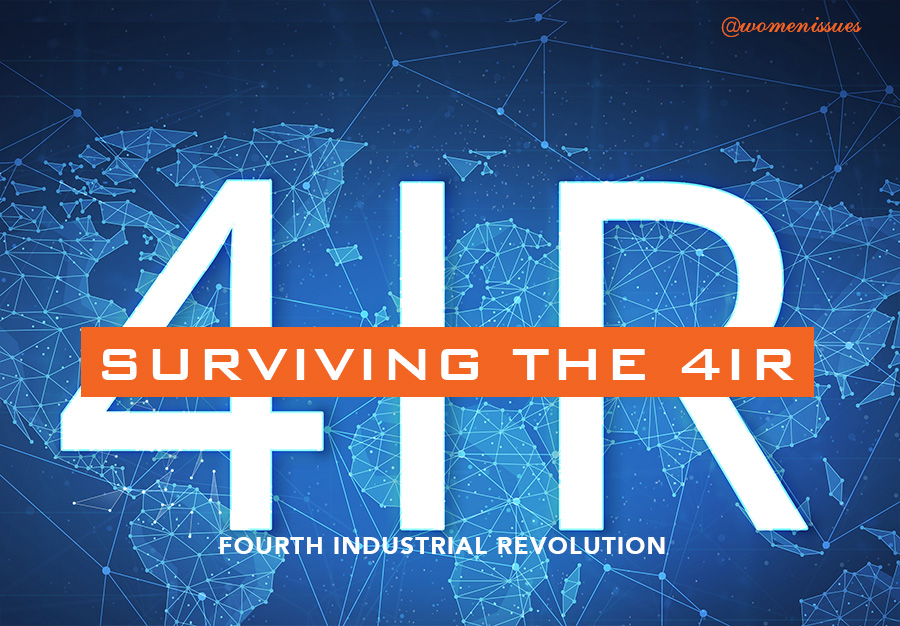 It is the 21st Century, and that conspicuously poses a rather tricky question to be asked. That question being, what does that mean for us?
We are in the midst of a very dramatic phenomenon in which we are forced to deal with a change many of us seem to be unprepared for. After all, change is something we intuitively fear as human beings, but along with that fear we have been bestowed with the power of adaptation. To make things better, we have even been blessed with the latitude to thrive in the midst of change.

Change occurs in everything, hence we have lately been hearing about this change that is imminent and frequently being reiterated in our day and age. This change is termed the FOURTH INDUSTRIAL REVOLUTION. Industrialization has been a thing for centuries that have passed, however it has never been as dynamic as the 4IR. casino

The FOURTH INDUSTRIAL REVOLUTION can in simple terms be defined as the amalgamating of the biological, physical and digital spheres into one, resulting in the formation of what is called CYBER PHYSICAL SYSTEMS. These cyber-physical systems are what we generally deem to be ARTIFICIAL INTELLIGENCE. An illustrative example of these AIs can be seen by things such as self-driving vehicles, 3D printers and a number of reactive systems and robotics.

We can talk about the fourth industrial revolution as much as we want, but having smart conversations about it does not change the undesired effect it has on the majority of people`s lives. It is up to each individual to establish a contingency so as to how they are going to survive amid the plummeting availability of certain job opportunities. However, is it really as bad as many people put it out to be?

Well, the large percentage of people are seen to be responding to this situation by means of complaint. As much as many of us may complain, it is important to consider that the presence of most of these technologies are as a result of someone who had a dream, and decided to execute that dream. To go deeper into context, Elon Musk is the founder of TESLA MOTORS and he had envisioned his company being one of the best manufacturers of self-driving vehicles.

Today, we see his vision manifest. What is the first thing that we do? We complain about how self-driving cars are taking over the occupation of being a driver. It is quite a sad reality, but unfortunately there is nothing that can be done to stop dreamers from dreaming, however what we can do is come to the epiphany that we have also been blessed with the ability to not only dream, but also endure the process of execution.

As much as we are faced with a time where traditional opportunities are fading, we are equivalently blessed with a time where individuality based opportunities are at a peak. You can never beat a machine with the process of efficiency, but have you took a moment to consider the fact that a machine can never beat you with the process of creativity?

Artificial Intelligence is as a result of human creativity, and it is a very powerful fact to remember. Now is the time to express your individuality, and work on using it as a survival tool. There are a number of introspective questions that can assist you in finding, developing and monetizing your niche. What makes you different? What can you offer? What is it that you have and think people may need? What problem can you solve? What difference can you make?

Now is the time to ask yourself such questions, from there, you ought to establish a sense of vision and direction in terms of the answers that you formulate. We are living in a time where companies no longer want you for the implementation of efficiency. They want you for the palpable potential of adding value to what they do. Find out what you excel in, and approach with the incentive of offering that value to whatever company or field in which it can be most relevant. Now is not the time to do what everybody else is doing, now is the time to be different and be very expressive of your differences. You are more than equipped for this time, so go for it and make your mark!