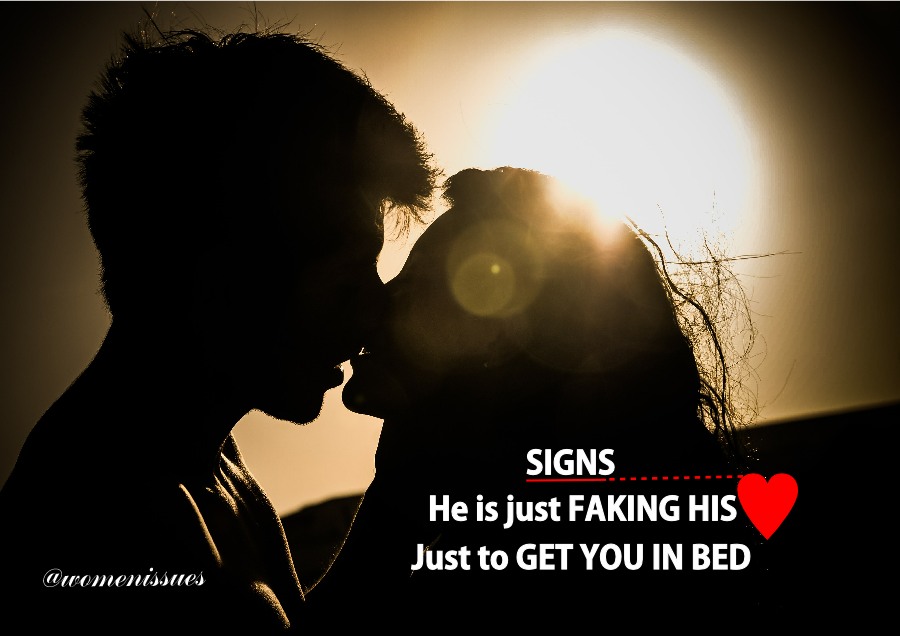 As sad as it might be to think about or acknowledge, there are so many people all over the world who are just plainly disgusting and despicable. Even though you go into dating and relationships with the best of intentions, not all people are going to share your sincerity. There are so many guys out there who are only looking to use and abuse you for your body. Being in a long-term relationship could be the farthest thing from their minds, and they are going to do or say anything to score with you. And you don’t want to be entertaining guys like that.

You don’t want to be subjecting yourself to their abuse and manipulation. You would never want to allow yourself to be used in such a manner. You are a human being and you are so much more than just a sexual object. You should not be so willing to sell yourself short like that. You should not be so okay with just having a guy objectify you like some kind of toy. That is why you always want to make sure that you take guys like this out of your life. Here are some signs to look out for:

He does not spend time with you
Unless it is for sex, of course. This is the first and most obvious sign of all. He never makes any effort to spend more time with you. Even when you two are on a date, and the only thing you want to do is to talk to him, to have a good conversation and to find out more about him, he does not seem to pay much attention to what you are saying. He is always in a rush to get to the bedroom and awaits that moment impatiently.

He never takes you on real dates
It is always you who has to plan the dates. And more often than not he will refuse to come if he is not guaranteed to end up in bed with you later that night. He will not wine and dine you without being sure he is going to score. A person who is not kidding about you will take you out on genuine dates. He will take you to dinner, lunch and not only call for a drink at 9 pm. Think about this and if you notice that the guy you are dating has never taken you on a real date, you might want to consider not wasting your time with him anymore.

He hasn’t introduced you to his friends and family
Even though the two of you have already gotten intimate with one another, he still hasn’t introduced you to all of the important people in his life. He has been hiding you from his friends and family. He is not interested in a real relationship with you, so there is no need for you to meet his friends anyway. A guy who is serious about you will be proud to introduce you to everyone you two come across. If your guy always introduces you as just a friend or does not introduce you at all, then it is an obvious sign that he could not care less about you. You are just a hook-up he would rather keep in the dark.

You are not involved in his social media life
In today’s world, what people see on social media is a fairly good representation of them in the real world. People share everything, from what they are eating or drinking, where they are and who they are with. If you are never a part of that then that is a blunt way of saying he does not really want other people to know about you. Don’t get caught in his lies and excuses why you two are not even friends on Facebook; accept the reality that he is not really that into you.

He never calls you during the day
If he always calls you at night and with the only intention for you to come over, then he is not really in love with you, he only wants your body. A caring boyfriend will call you all the time, and often just to check on you, because he genuinely cares if you had lunch or if you got tired of work. The guy who calls you only on the weekend or late at night is not for you unless you just want to be a hook-up; then it is fine, so keep seeing him after dark. But if you want a real relationship, real love, and real feelings in your life, it is time you give up on him.

Alcohol is always involved
He will take you only to places where they serve alcohol because he knows you will get more vulnerable, and if you are vulnerable it is easier for him to take you to bed. If you notice that whenever you two meet up, alcohol is involved, realize that it is a red flag and take it for what it is – a sign he is not interested in you other than hooking up.

There is nothing wrong with getting intimate with your partner. It is a very natural thing to do, but if sex is the only thing on your boyfriend’s mind, then you must find out whether he really loves you or he just wants to sleep with you.

Stay alert and when you notice that you are a booty call then find a way to outsmart him. If he is smart enough, he’ll catch on that he has been busted.

Get this Weather Widget