Save a Life – Know about CERVICAL CANCER 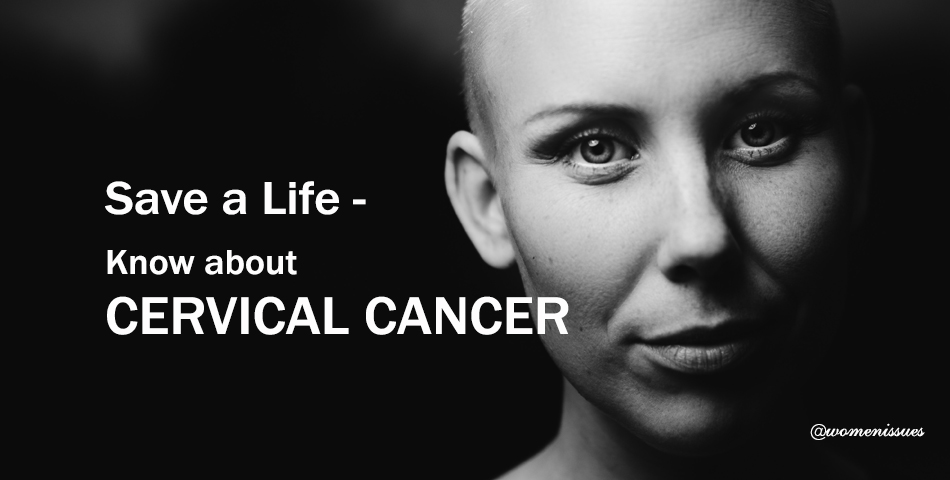 What is cervical cancer?

Cancer cells can grow on any part of the body and when these cells grow on the cervix, it is then referred to as the cancer of the cervix better known as cervical cancer.

Firstly it is important to understand that unlike other cancers cervical cancer is not hereditary or contagious. A virus called the human papillomavirus (HPV) is strongly linked to cervical cancer. HPV can be passed on from one person to the other through sexual activity and both men and women can be infected. This virus causes the normal cells of the cervix to turn abnormal. The virus is found in over 90% of cervical cancer patients. Abnormal cells are sometimes called “pre-cancer” because if they are not found and treated they can turn into cancer. The human papillomavirus (HPV) has more than 150 subtypes that can cause cervical, penis, anus, vaginal and vulvar cancers.

Save a Life – Know about CERVICAL CANCER

What are the Signs and symptoms?

Cervical cancer grows slowly and these abnormal cells rarely cause symptoms. Often symptoms are not caused until it is advanced. But there are abnormalities to look out for and to take into serious consideration although they are not early warning signs and they are:

What are the risk factors?

Can cervical cancer be prevented?

The best way to prevent it is to find and treat the abnormal cells. We always preach how prevention is better than cure, there are certain steps that can be taken to be on the safer side. Women who have had kids or those who are sexually active are especially advised to visit a gynaecologist to do a pre-cancer Pap smear at least once every 2 years. Pap smear will help in detecting any abnormal “pre-cancer” cells before they turn cancerous. There is a vaccination available for HPV and in 2014 the vaccination against the human papilloma virus became part of the South African national vaccination programme.  Preteens aged from 9-12 years both girls and boys can be vaccinated until the age of 45 in women and 26 in men. The vaccine will help the immune system to create the antibody response to protect the body from the infection. Most cervical cancer cases can be preventable and curable if tests are done.

What are the treatment methods of cervical cancer?

“What a culture we live in, we are swimming in an ocean of information, and drowning in ignorance.” ― Richard Paul Evans, A Step of Faith