WOULD YOU ASK HIM, “WILL YOU MARRY ME?” 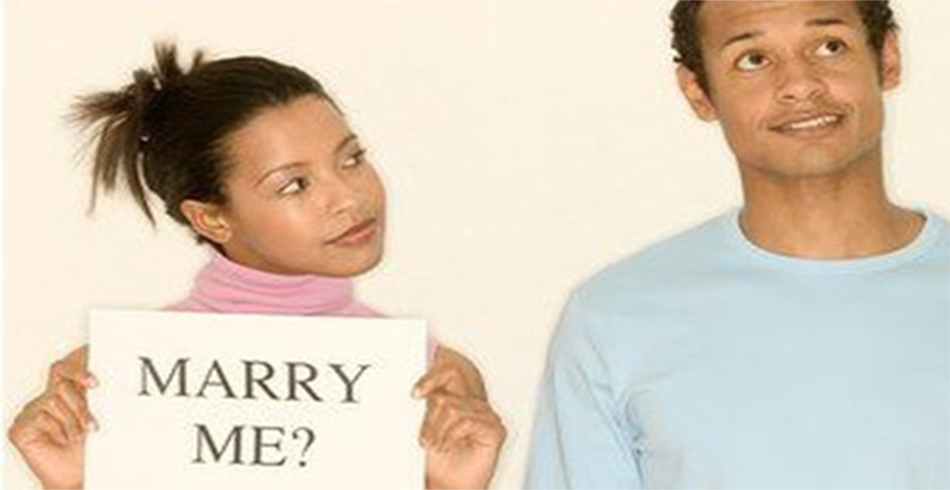 It is believed that the magic words that every woman would love to hear are “will you marry me?” Funny how some men run as fast as they can as soon as they realize their woman is ready to be asked the big question. Marriage is not every woman’s cup of tea and I often heard most women say any woman who says she is not interested in either marriage or white wedding gown itself is in denial. Who are you to tell other women what they want or what their dreams are? Your dream of getting hitched is not another’s but yours and yours alone so don’t force it on someone. Others dream of getting hitched but not in a white wedding gown but rather in their traditional ways or just putting a ring on it with just a signature surrounded by those necessary people. It is not our place to say it’s because of lack of money or rushing into things or all that people say in corridors. It is absolutely none of our business.

And to our black sisters out there can you help me understand why do we say the white wedding is our tradition? Often women say it is their tradition to go out of the parent’s house in a white gown. It is also such a shame that a woman would not admit openly to wanting to do it in a wedding gown instead we hear “it is every woman’s dream” You love it so say it openly it’s not a crime and stop hiding behind other women. To want to get hitched is nothing to be ashamed of. Unfortunately, not all of us who want it get to taste it but some are lucky enough and some are not afraid to pop the question. In some society it is given age limit, we are told if a certain age is reached then forget about it because it is not happening. Absolute loads of nonsense; it has neither limit nor color. One might want to have a life partner without going through all that, life partner does not equate marriage.

WOULD YOU ASK HIM, “WILL YOU MARRY ME?”

If you are eager to be married, are you the kind who would drop hints and let go if he doesn’t catch on? Or are you the kind who would pop the question? Is there anything wrong with it? If there is anything wrong with it, what makes it so wrong? Does it make it wrong because you are a woman or is it the belief or the norm that a man has to do it? Another question in mind is why you have to do it in the first place. What are those beliefs behind it and would you call it a taboo or it matters not who goes for it first. Does it show a desperate woman, pressure may be or would you call it being bold and going after what you want? An “attractive” woman is also labeled by knowing what she wants and not being afraid to get up and grab it. So how do men feel about it anyway and would they still see it as attractive or is the issue not inclusive?

The world evolves, I always say change is inevitable and a lot has changed and a lot is still going to change. The big question is do other issues have to stay immune to these changes and what makes them not be part of change. Bearing in mind change can be good and it can be bad but nothing stays the same forever. In an attempt to make things better change has to happen. In conclusion what a woman does for what she feels is good for her is none of your business, how about giving her a big up for having the balls and quit calling her names. What will people say syndrome will get you nowhere, so if that is what is standing in your way, girl I dare you to put on those stilettos and grab those balls because time waits for no woman. And I say WOMAN WOULD YOU ASK HIM, WILL YOU MARRY ME?